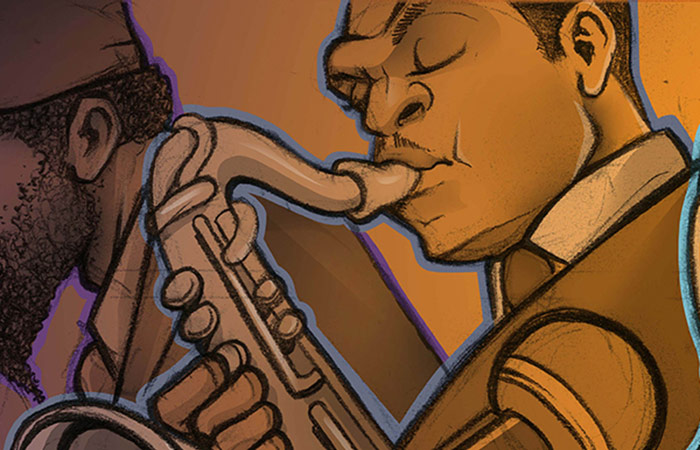 The City of Raleigh is turning the GoRaleigh R-LINE into the ART-LINE to celebrate the ten-year anniversary of the Art-On-The-Move public art project. From 12pm – 4pm on Saturday, May 20 during Artsplosure – The Raleigh Arts Festival the bus will become a moving stage featuring performances by actors, comedians, poets, and musicians.

According to Sarah Powers, Executive Director of the Office of Raleigh Arts, “The ART-LINE is an exciting way to celebrate the ten-year anniversary of a successful public art collaboration between local artists, the Office of Raleigh Arts, and GoRaleigh. Attendees will have a chance to see Art-On- The-Move buses up close while enjoying shows by a great line-up of performers.”

Shows will begin and end at bus-stop R-13 in front of the Raleigh Convention Center (500 S. Salisbury St), but attendees can hop on or off the ART-LINE at any of the stops.

The ART-LINE is free and open to the public. 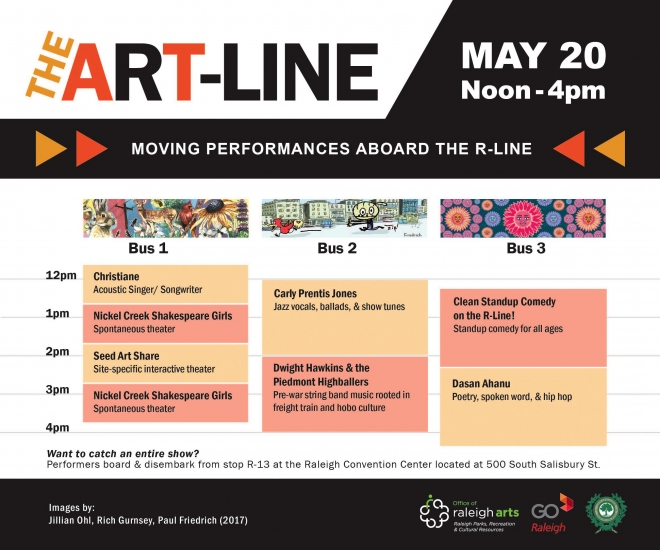