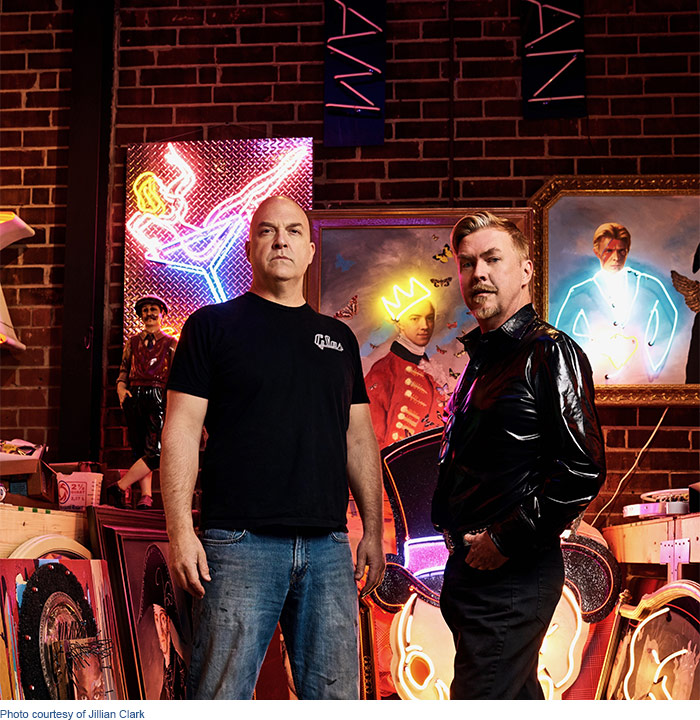 “It’s the 40th edition of our namesake arts festival on May 18-19,” said Lowder. “Louis has created some of the festival’s most unforgettable images, in particular his controversial 1997 image that served as a call-to-arms for the arts community to fight attempts to marginalize and defund the arts. We are thrilled that Louis and his artistic collaborator Nate Sheaffer have created another bold and striking image to commemorate this milestone year.” 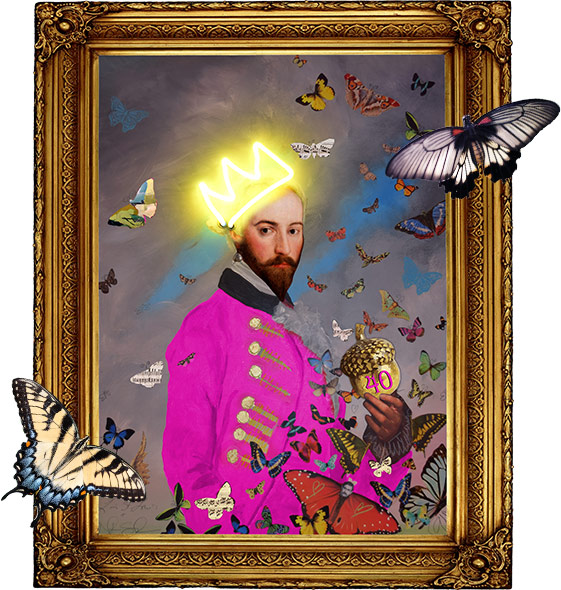 For the 40th anniversary, Louis and Nate pumped up the visual volume with a dashing hot pink frock coat, musical butterflies, and a neon crown. According to St. Lewis, “the artwork really brings together what we find interesting about Raleigh: The history of this great city and its handsome namesake, in pop art colours, with neon bling. It’s 21st century Raleigh meets 18th century Raleigh.”

Gallery C, which is located in the historic Russ-Edwards House at 540 N. Blount Street, is hosting a public reception and print signing for St. Lewis and Sheaffer on Wednesday, May 15 from 5:30 to 8:00 pm.

An exhibition of their original works will be exhibited and for sale at the gallery from May 15 through May 19. To learn more about Gallery C, visit galleryc.net.

Artsplosure is free-to-the-public and will take place along Fayetteville Street in downtown Raleigh. The festival’s Art Market will open at 11 am, on Saturday, May 18, and will feature nearly 180 juried visual artists from across North Carolina and the nation. These artists and crafters exhibit and sell their original works of art in the following categories: ceramics, fiber art, glass, jewelry, metal, painting, photography, wood, other 2D and 3D works.

Performances on the outdoor Main Stage will take place from 11 am to 7:30 pm on Saturday and from 12 noon to 7:00 pm on Sunday. City Plaza will be the site of acclaimed Australian environmental artist Amanda Parer’s large scale installation entitled What’s That! Kidsplosure will fill W. Martin Street with interactive crafts and performances for children and their parents.