Artwork by over 170 juried fine artists and craftspeople exhibiting original works of art in 10 different categories will be available for purchase, including painting, photography, pottery, jewelry, woodwork and more. Artists’ booths will line Fayetteville St. with performances of Squonk Opera’s Cycle Sonic on City Plaza and musical performances on the Main Stage at the end Fayetteville St at Morgan St. Artsplosure highlights superb performing artists, with an emphasis on jazz, blues, traditional and roots-inspired musicians. Martin Street will also be home to a kid musician stage at Kidsplosure! 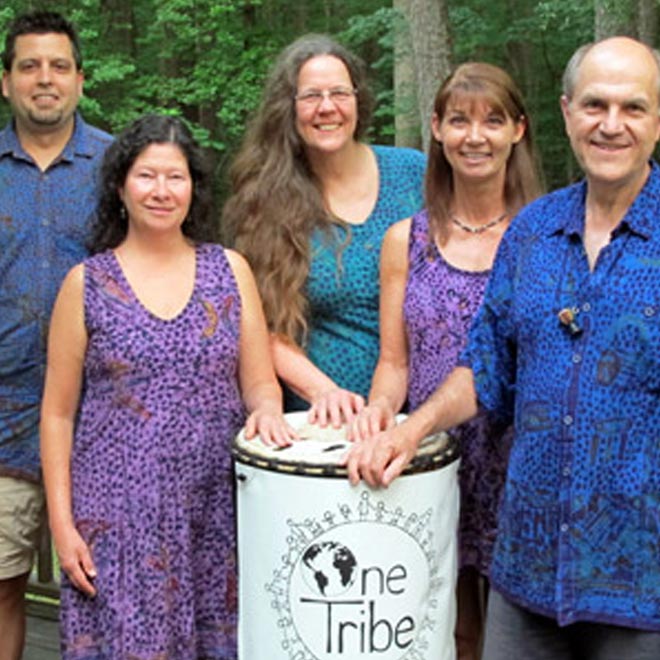 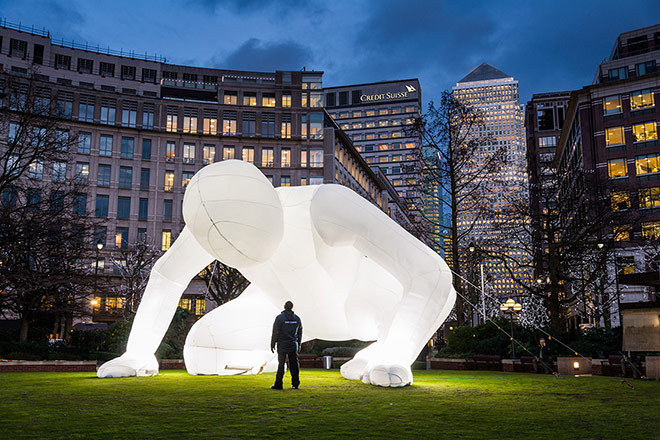 “What’s That?” is part of the artist’s collection “Fantastic Planet.” The work is designed to playfully transform public space, utilizing scale and mythos to redefine the viewers’ experience of the world around them.

Festivalgoers are encouraged to give the visually stunning sculpture a gentle hug, take a selfie with it, or just enjoy the synergy of this unexpected work of art.

“Fantastic Planet” was developed by Parer Studio, a collaborative team of international designers, engineers, & production technicians led by Tasmanian artist Amanda Parer & Woodstock, NY-based Chris Wangro. Parer’s work has been exhibited by international institutions including The National Gallery of Singapore, London’s Southbank Center, the North Carolina Museum of Art, and festivals that range from the raucous “Life is Beautiful” in Las Vegas to Slovakia’s renowned “Biela Noc”. Wangro is an acclaimed creative producer whose broad range of credits include a Papal Mass in Central Park, the opening of NYC’s High Line, and projects with dignitaries as diverse as Desmond Tutu and the The Rolling Stones. Wangro’s current focus is on the development of cultural place making projects throughout the US.

Parer Studio’s projects are designed to “make places pop.” They strive to bring approachable-yet-monumental artworks to the public realm and create community through shared experience. To that end they have created collaborations with Starfield – owner of the largest Mall in Korea, Unilever in Istanbul and internationally with Brookfield Properties.

Parer first drew global attention for “Intrude,” an inflatable instillation that consists of excessively large glowing white rabbits. These rabbits were featured last year at the North Carolina Museum of Art. Since “Intrude’s” initial display at the 2014 Vivid Festival the work has hopped to over 80 venues around the world, flooding social media channels and creating record-breaking crowds in the non-digital realm.

Artsplosure will activate the space around the sculpture with dancers, electronic music, artists and yoga classes. Enjoy original music composed just for this sculpture and Artsplosure 2019 by David D’Angelo and David Scott.

Amanda Parer, born in Sydney 1971, works and lives in Tasmania. Her work explores the natural world, its fragility and our role within it. Featuring an assortment of feral or endangered creatures both great and small, her environmental message is clear across mediums, from her finely crafted paintings to her bold ephemeral sculptures. Amanda’s work is gaining recognition from both public and private collectors. She was selected three times for the Blake Prize (2009, 2010 and 2011), as well as a 2008, 2012 and 2013 Glover Prize Finalist. She has been invited to show work at the Asia Contemporary Art Show in Hong Kong in 2014; being launched in conjunction with Art Basel Hong Kong. 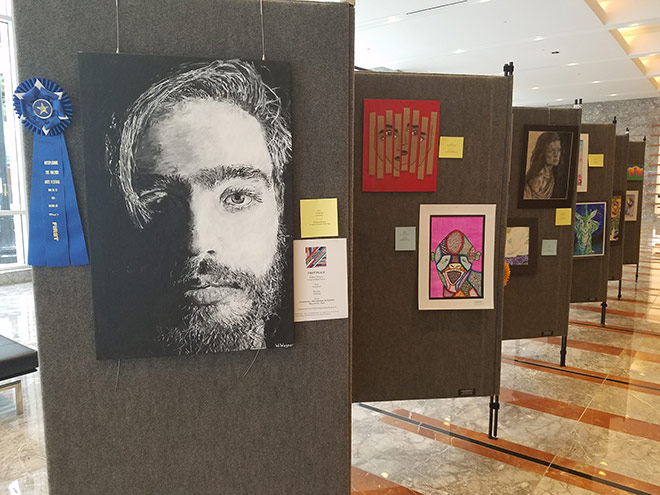 The Student Art Exhibition and activities in the PNC Plaza Lobby are free and open to the public. Original artwork by some of the best Wake County middle and high school student artists. 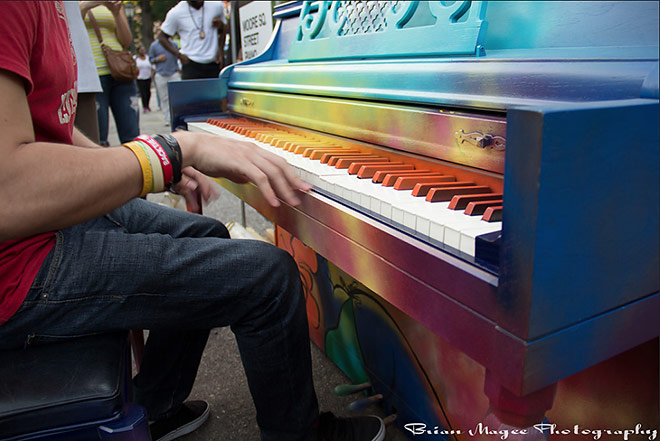 A beautifully painted piano in the middle of the street just says PLAY ME! Tickle the ivories and fill the air with music! 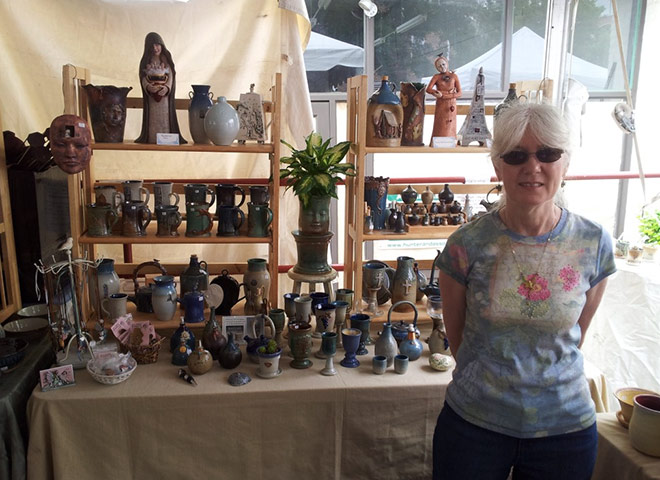 Comprised of professional and recreational potters and ceramists, the organization was formed to the promote the art and craft of ceramics across the region. 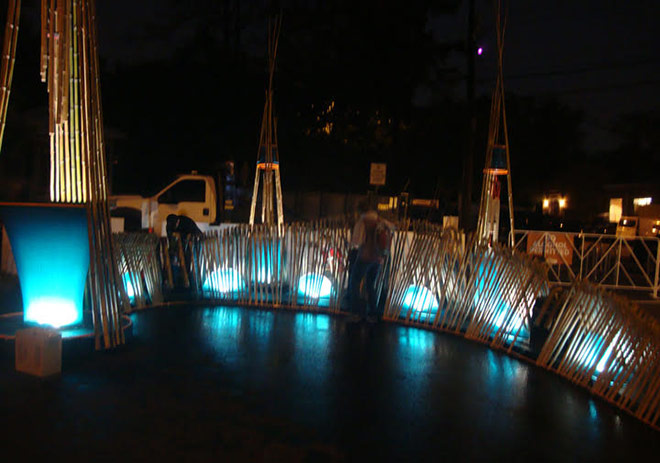 Bass Line Installation created by artist Michael Layne of Legacyworks is a fun interactive experience for all ages. Made of bamboo and fabric with a footprint matching the bass clef symbol, the artwork was in fact an interactive musical tympanic sculpture with five separate bamboo instruments (4 each of a clatter, thumb drum, rain tubes and quiro). The three high chime towers with teal fabric skirts and a series of teal fabric arches running along the inside of the bamboo arc are all illuminated at night, creating a wonderful ambiance to the musical activities of guests.

Site-specific, architectonic in scale, and using materials appropriate to the setting, Michael’s environmental sculptures encourage people to interact with and respond to the physical environment in both personal and social ways. Trained as a landscape architect and researcher as well as an artist, many of his sculptural landscapes incorporate movement and place to spotlight the interconnection between nature and culture. Influenced by personally conducted research studies and field observations, Micael’s sculptural installations often employ aesthetically engineered solutions to ecological problems existing within the urban landscape. Critical to the success of his work, the individual client or whole community is always involved in the creative process, insuring that the final artwork not only protects and improves the natural and cultural systems present on the site but provides for continued community building opportunities of ritual and celebration. 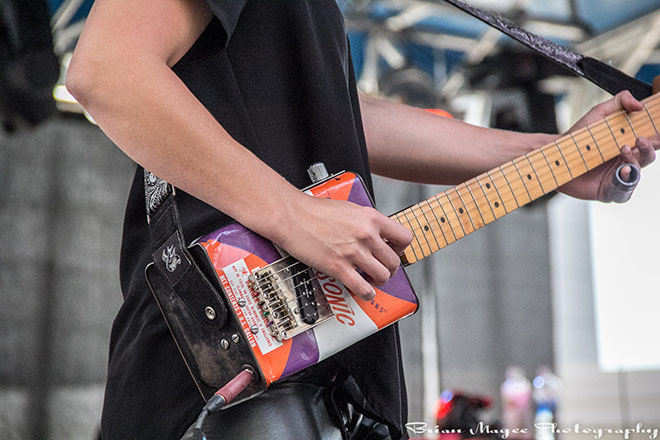 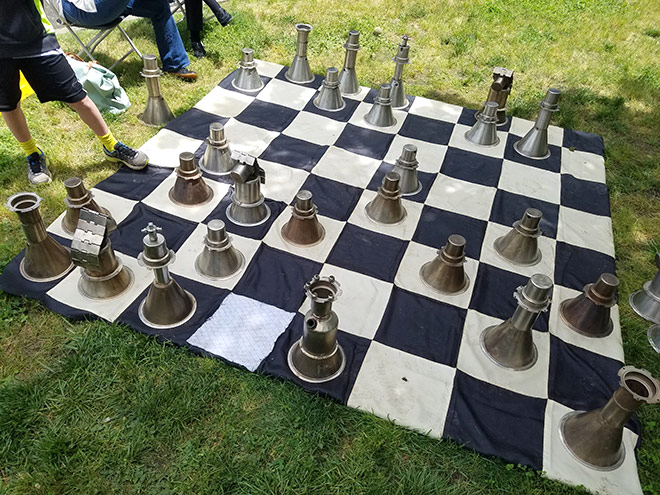 Challenge a friend to a game of larger-than-life chess!

Artsplosure is funded in part by the City of Raleigh based on the recommendations of the Raleigh Arts Commission. This project is supported by the N.C. Arts Council, a division of the Department of Natural and Cultural Resources.
Back To Top
×